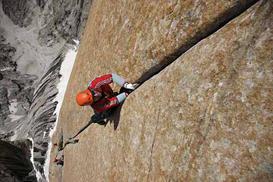 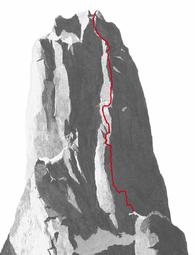 
Legendary street on the Namless Tower in Pachistan opened by Wolfang Gullich & Co develops mainly along the cracks that rise between the vertical orange plates. In 2002 Denis Burdet had managed to get two of the four man-made shots in free then in 2004 Iker Pou had found a chance to bypass the pendulum of the fourth throw but not to chain all the movements in 2009 the Huber brothers succeeded in the first Rotpunkt of the away by crossing the last two artificial lengths (the fourth and the fifth) with a cross and two shots.


From the base camp 3 hours walk. 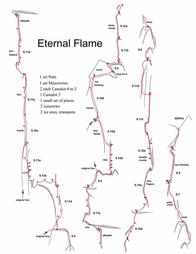