pleasant itinerary that winds on the left side of the SW wall of M. Pietrauta (toponym IGM), known locally as "La Preucia" (stone, stone). The road first goes up a series of undulating plaques (from which the name), then obliquely a large gray plate, and in the final part overcomes a rocky dome along the only line of weakness between marked overhangs. The route presents discontinuous difficulties due to the undulating wall morphology, which alternates more or less steep sections, with more technical pitches in the lower and final part. Rock good, good in difficulty, a little 'grassy in the central part. The whole street has been freewheeled; the original nailing was integrated by the same openers in August 2012 which carried out a necessary cleaning of the grass cover. The street is the third itinerary open on the Preucia, on the left of the two already existing (Picchia sulla chigia, Romagnini! And Finally free, G. Passannante!).


The itinerary 7c (CAI trail) of the Map of the Paths of the Regional Park of the Matese (D'Angerio-Pastore) is initially followed. From the entrance of Gallo Matese take Via Circumlago, parked at the Fontana del Colle (farmhouse). Follow the cart track upwards for a few tens of meters and then take the mule track to the right (trail sign) which climbs up the mountain side. At the first junction leave the marked path and take the path on the right that after a while goes into the woods. As soon as you enter the forest, go up the tracks to the left, passing a fence and, after a few tens of meters, leave the forest and take the rocky strip, characterized by a pillar detached on the right. Go up 20 m for easy climbs (I and II) towards the first evident vertical slab keeping to the left of the rocky belt, and stop on a small terrace slightly away from the wood.


You can go down following the path 7c or going down in double. In the first case, go up a right (pass II +) then for shrubs and slabs leaned up in the direction of an obvious tower (trail). From here to uncertain trail to sinsitra (some trail signs) you gain a wide saddle at the foot of the rocks and then the comfortable path. For the falls pay attention to the first double that obliquely reaches the second drop, for which it is advisable to split at the first fix. 1st double 55 m: from the last stop (S5) at the top to overhang a roof is overcome, then in marked oblique to the left (face upstream) you reach the S3. 2nd double 45 m: From the S3 slightly to the right (face upstream) you gain the S2 next to a small tree. 3rd double 40 m: From the lead S2 to the base of the initial plate. 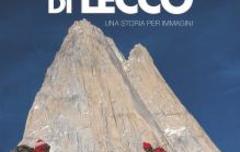