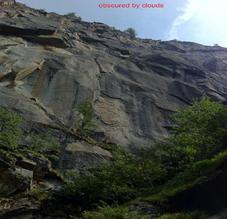 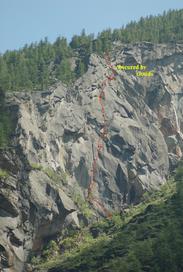 
As for the other streets you get to the village Pian before the village you cross the bridge over the ogre and you park. The trail starts immediately after the bridge but beware of the paved path that enters the wood in the direction of the wall, many small men will take you after 30min to the attack of 5+ and Duel. Immediately after the via DUEL enter the stream and climb up to a large block of here exit and go on a ledge on the left that soon leads into the stream again. Fixed rope to go up a prominence after which at best up to a second rope leading to a third. Here you are attacking "strategies for the useless" (40min from the park). Still uphill in the stream a few meters and then cross the whole plate to end up against a rock wall where a grassy ledge leads back into the stream. Short rope to cross it and then a narrow ledge back across the plates in the direction of the wall and the last rope that soon leads to the attack of the way. Wanting to identify the attack from below you will notice a solitary pine attack with behind the dihedral fissure (50min from the park)


Material: a series of friends up to 3 bd + metolius from 00, nut two ropes of 60 (right) 10 referrals. Equipped with 35spit of route plus stops. At a fast roped we suggest to attack at about 2pm and you'll climb in the sun and in 3/4 hours you'll go. 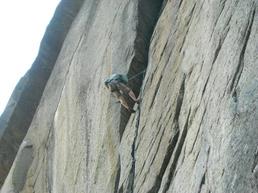 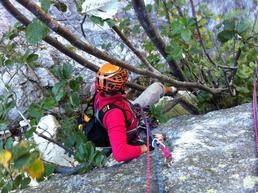 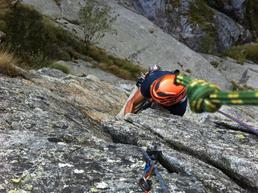