Posted on September 13, 2014 by Falesia Redazione 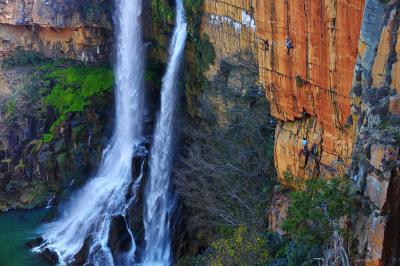 Sasha DiGiulian’s climbing resume is already stocked with the type of highlights that career climbers envy; though only 21, she’s been charging within the sport for 14 years. In 2011 (at age 18) she became only the third woman in history (and the first from North America) to climb a route rated at 5.14d. It’s one of the many accomplishments that have attracted the attention of climbers around the world, and she continues to up the ante.

On a recent trip to South Africa (the 29th country she’s climbed in), DiGiulian came across a route which had been laid out years ago but never actually climbed. The video above shows the challenges she faced; she eventually completed the entire route -- a first ascent -- earning the right to name it. She chose ‘Rolihlahla,’ Nelson Mandela’s middle name.

We caught up with Sasha before she left for a climbing trip in Spain to talk about her experience in South Africa.