It is believed that there were human settlements already in the Neolithic period, as in the last half of the eighteenth century. A document of 1629 cites Lo Tino, while in other contemporary prints we can already read Letino, a toponym cited by the historic 700th Trutta. The etymology of the original Tino, to which the article was later added, has been related to the Tini, people of southern Thrace, or Tinos, an island in the Aegean Sea or to Tina, a region located on the border between Greece and Turkey. Perhaps during the Middle Ages, a group of Greek or Turkish immigrants settled on the Matese, at the foot of Mount Miletto. Due to the difficult climatic conditions, they first moved on to the ancient road that leads to Roccamandolfi in Molise and then, around 1500, to the site where the urban agglomeration of Letino is now located. In the Middle Ages Letino belonged to a Rainone of Prata who ruled between 1118 and 1154. From 1329 and until the first half of the sixteenth century, Letino became a possession of the Baronìa of Prata. Several families alternated, including the Capuano, the Sanframondo, the Pandone, the Mombel and finally the Lannoi. Baron Marcus Aurelius Carbonelli was the last Lord of Letino until 1806, when with the arrival of Napoleonic arms in the Kingdom of Naples, the baronial investiture was suppressed. With the Restoration, Letino became part of the Mandria of Capriati al Volturno until 1926. Among the most significant events in the history of Letino are the post-unification brigandage and the Anarchist Internationalist Movement of Carlo Cafiero and Errico Malatesta, culminating with the creation of the First Anarchist Republic of Matese. 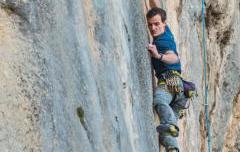